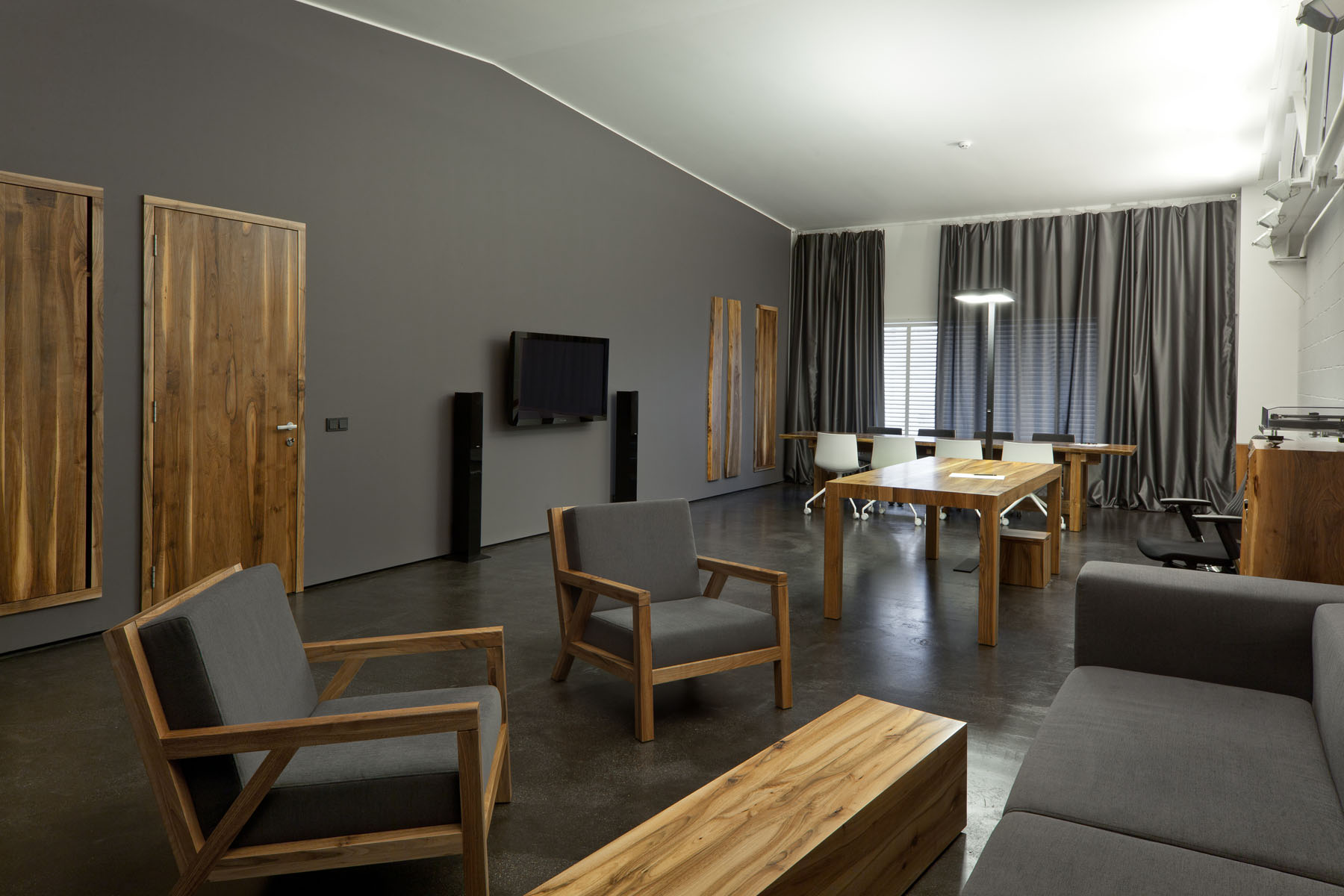 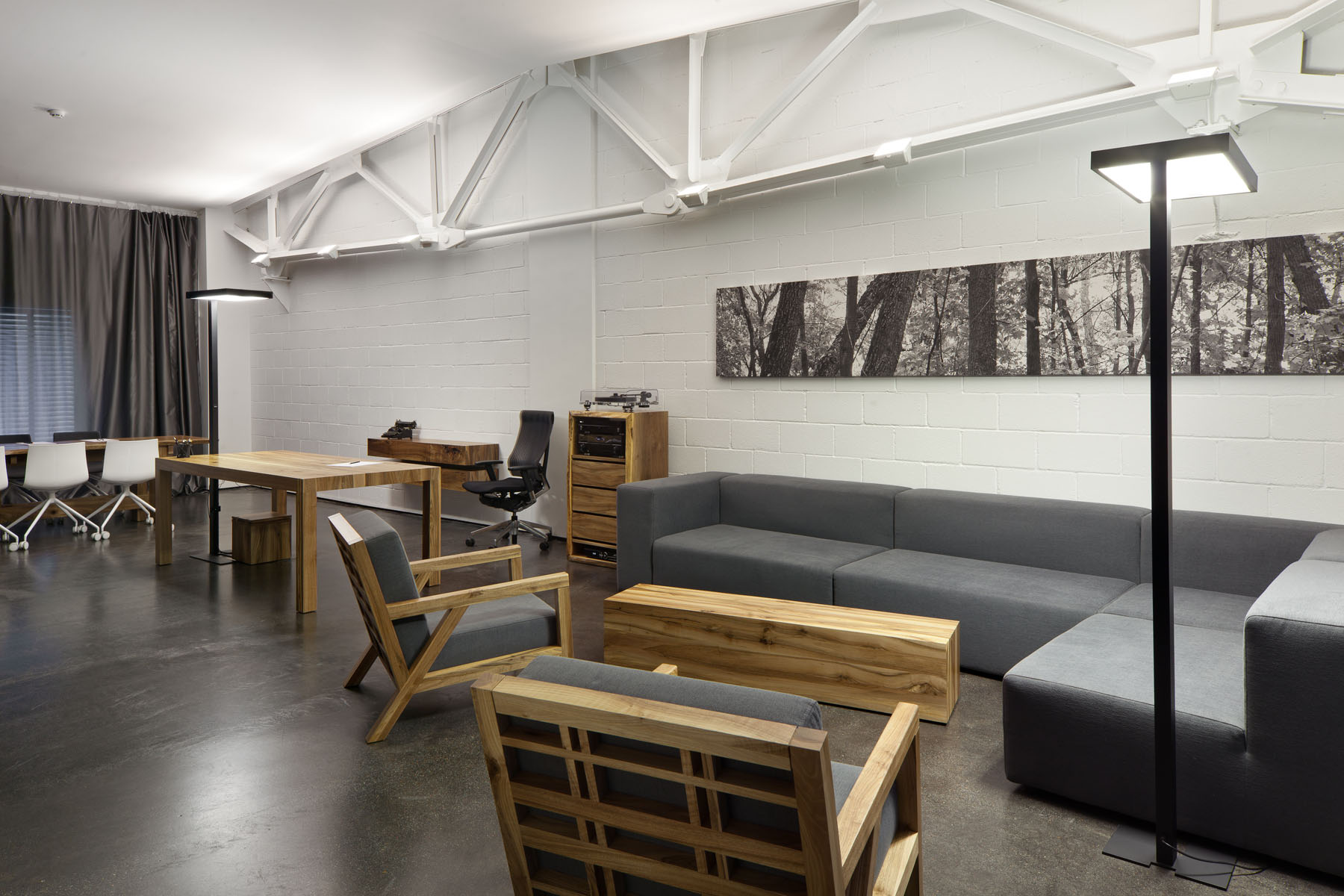 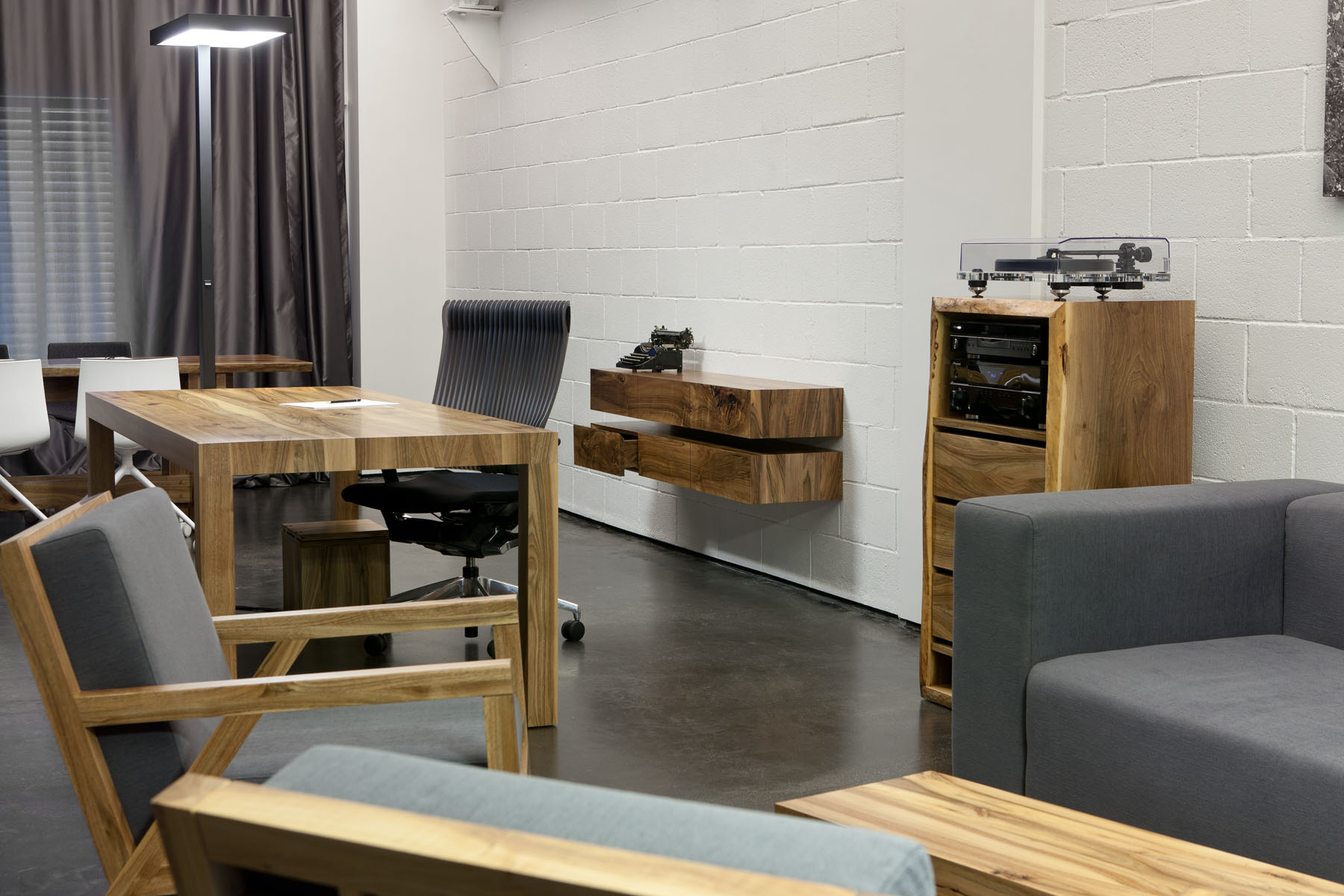 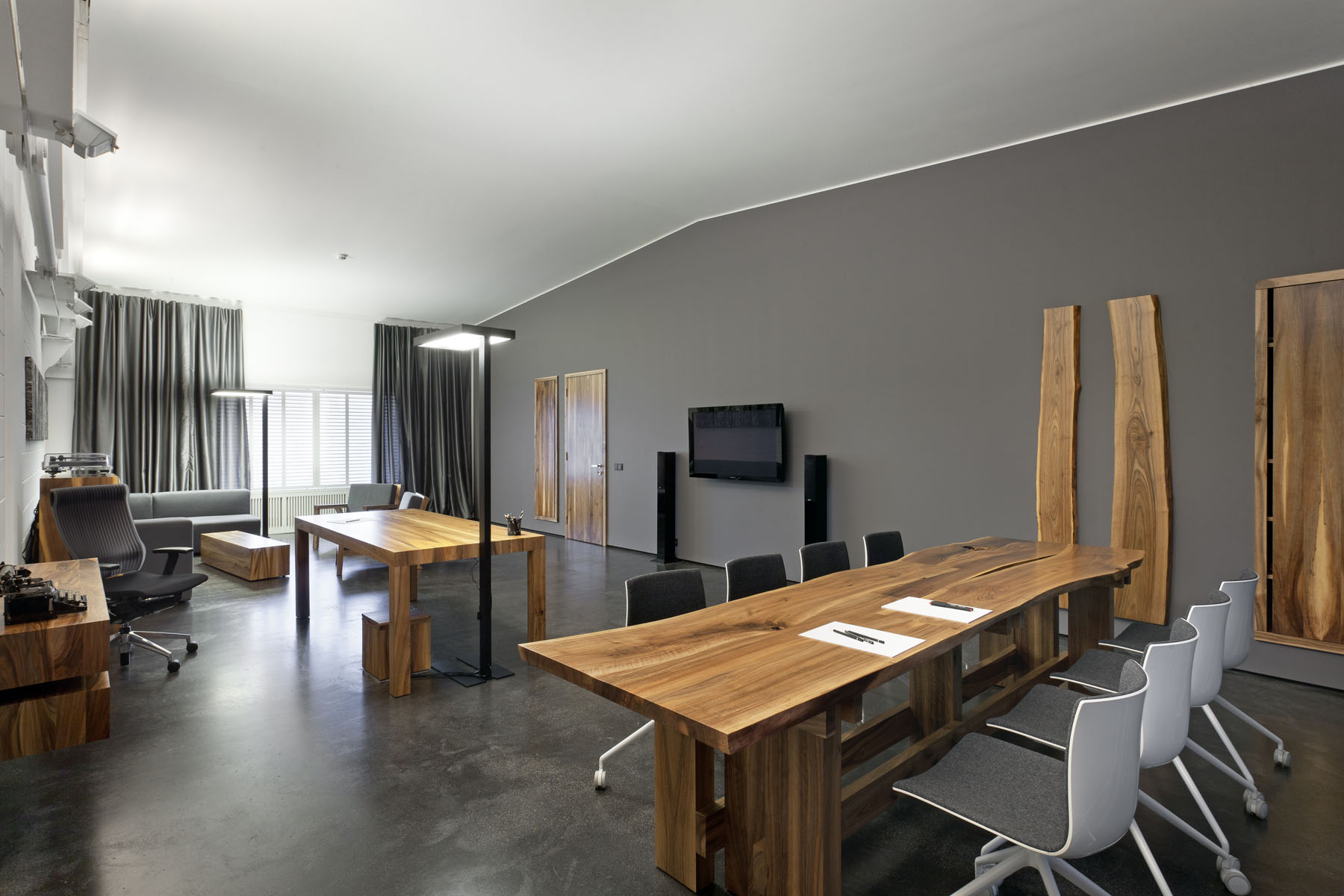 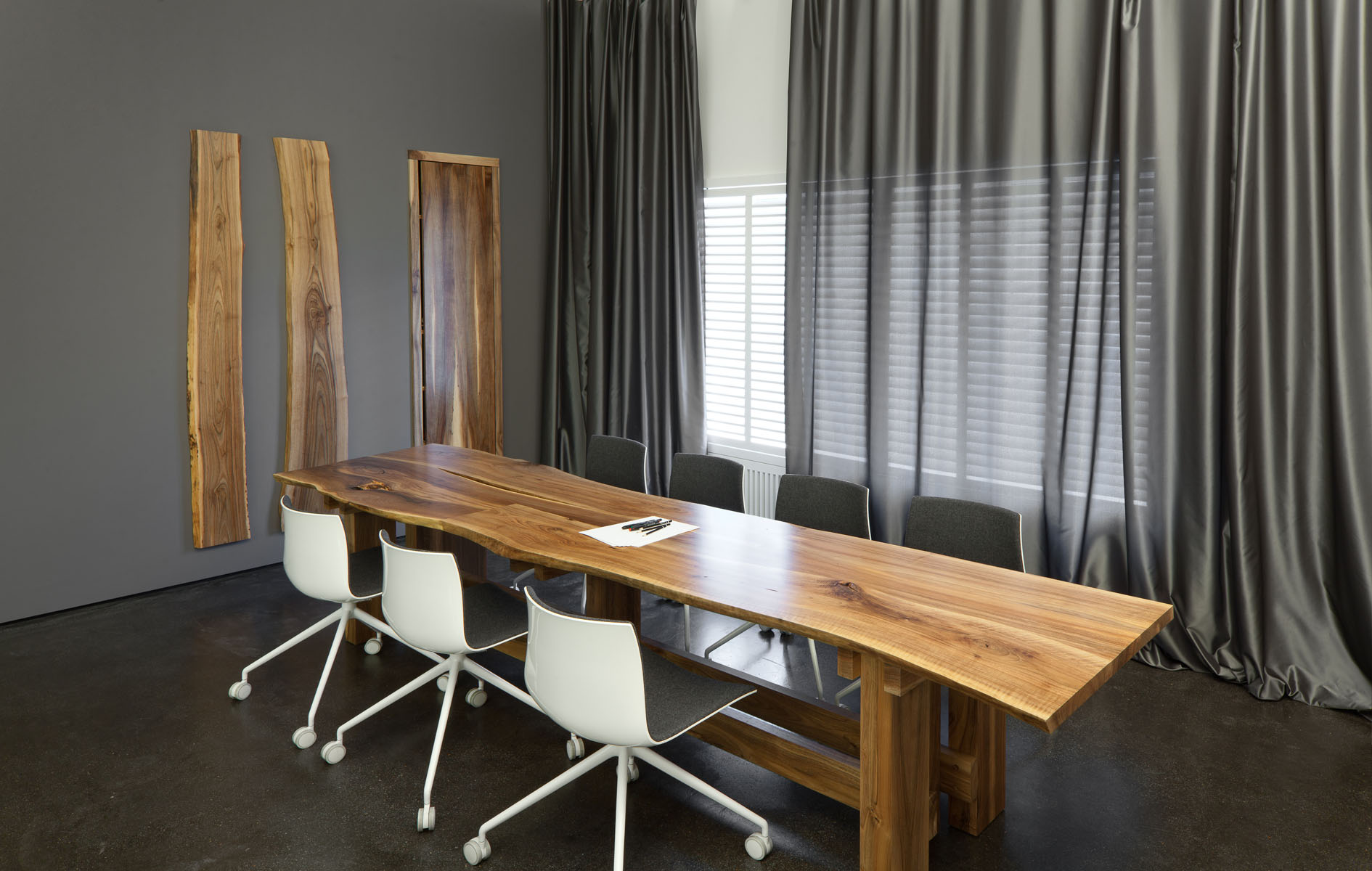 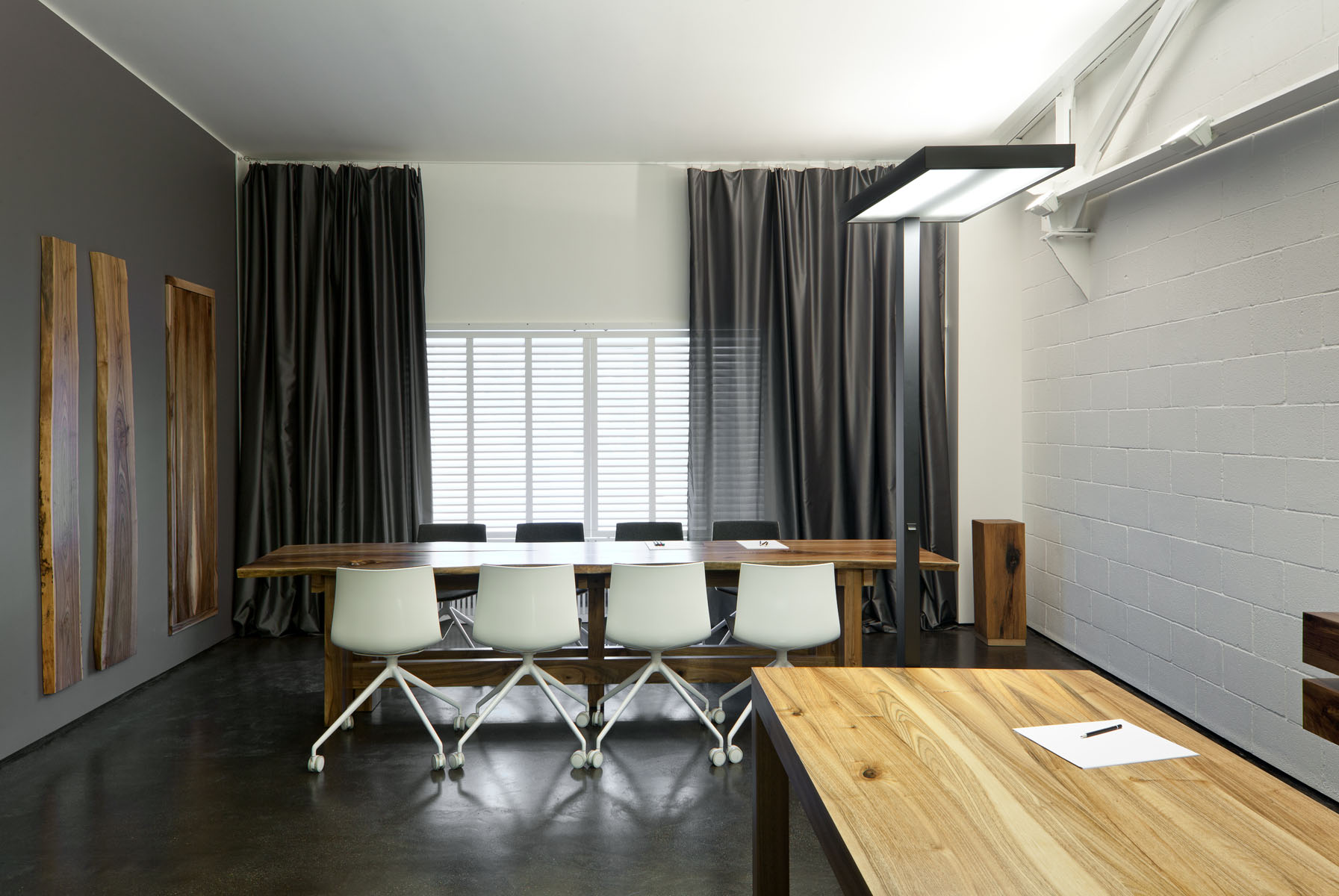 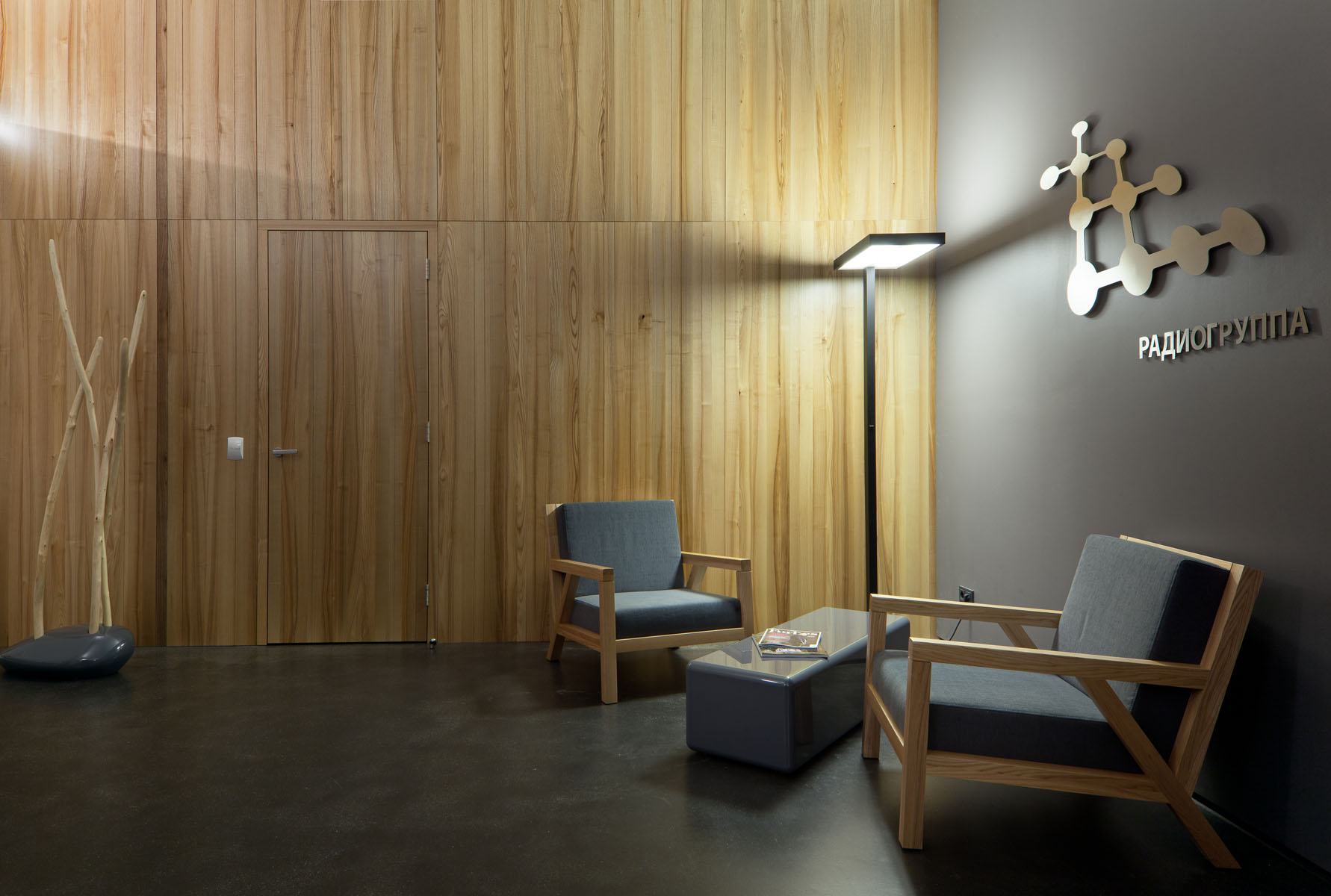 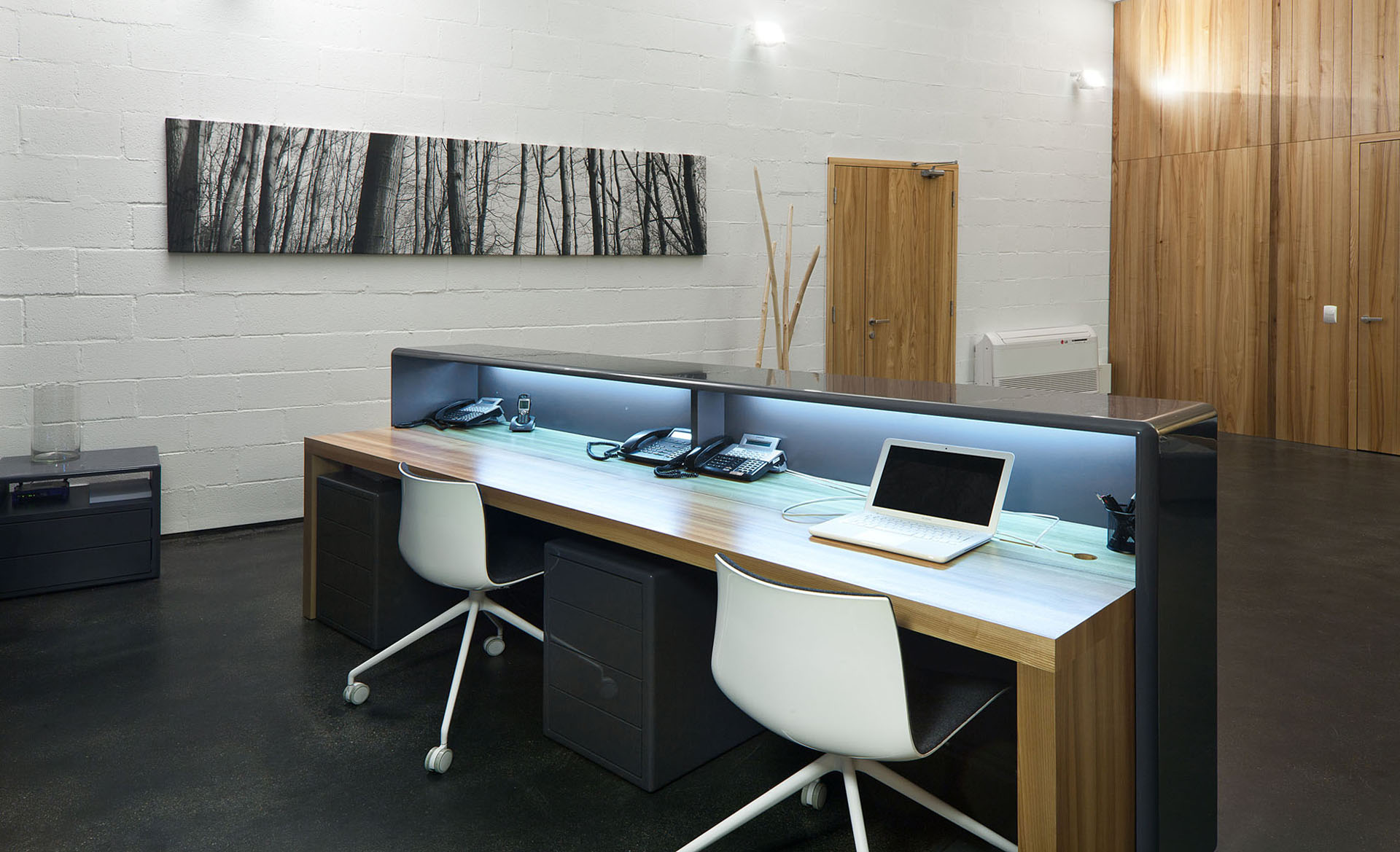 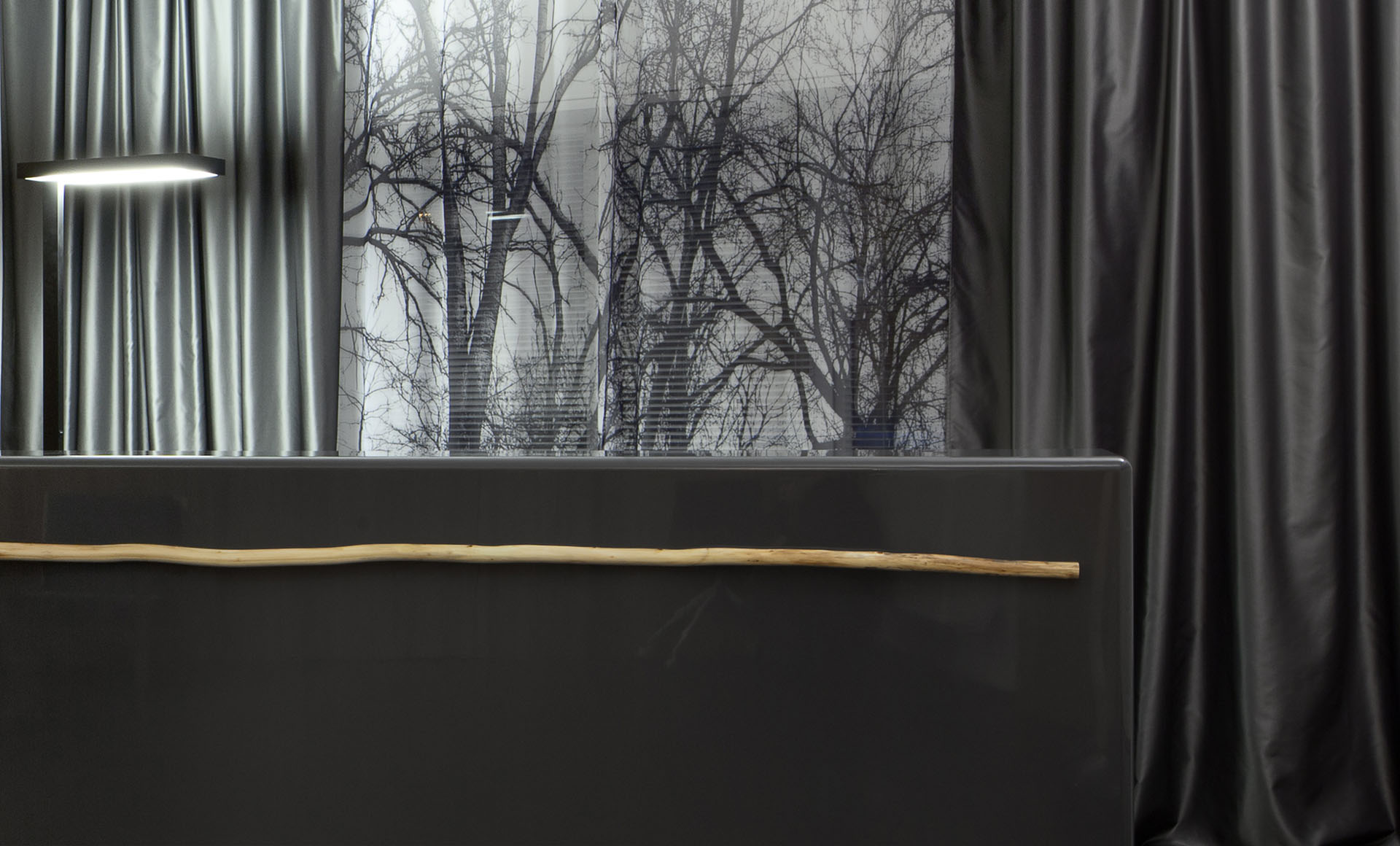 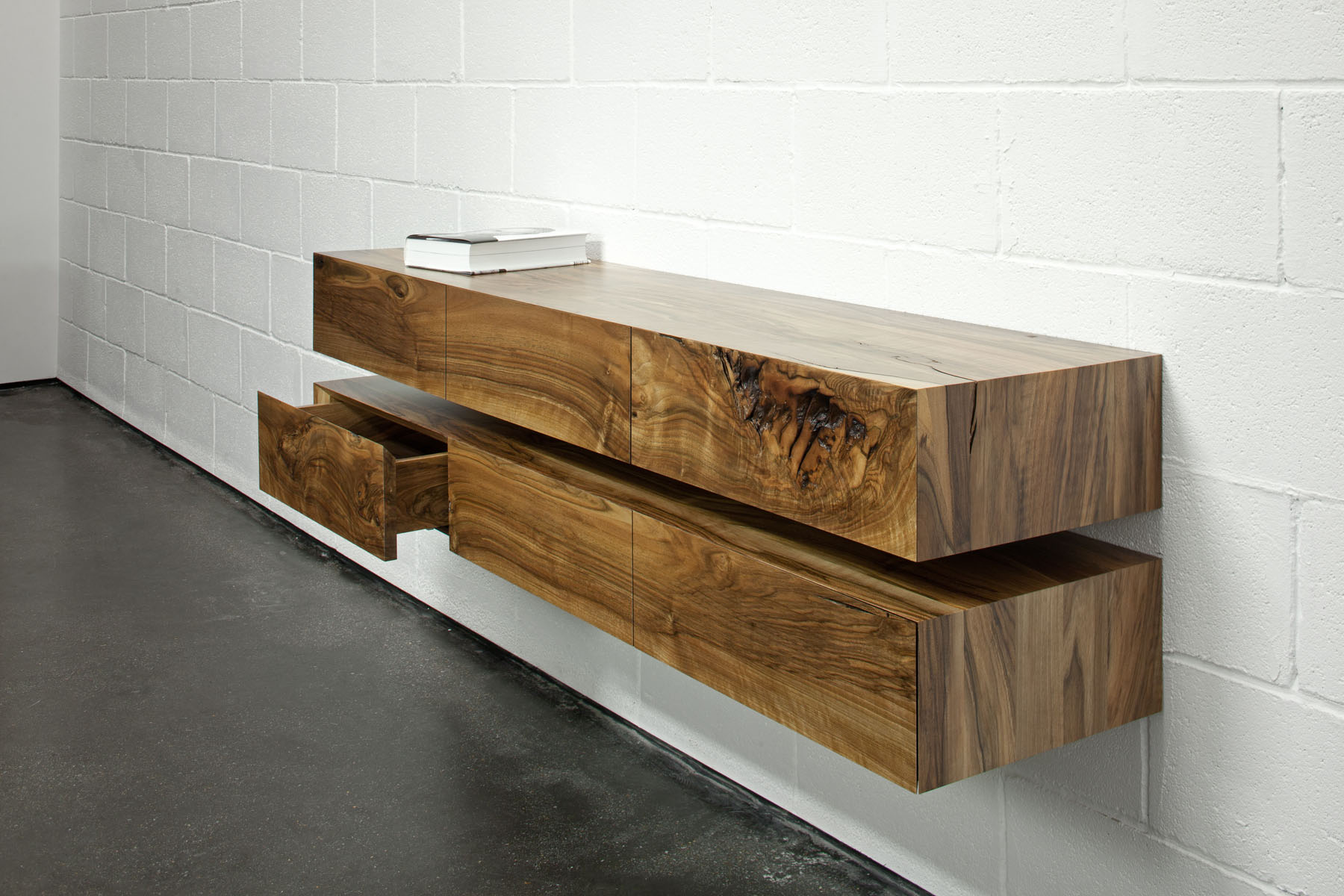 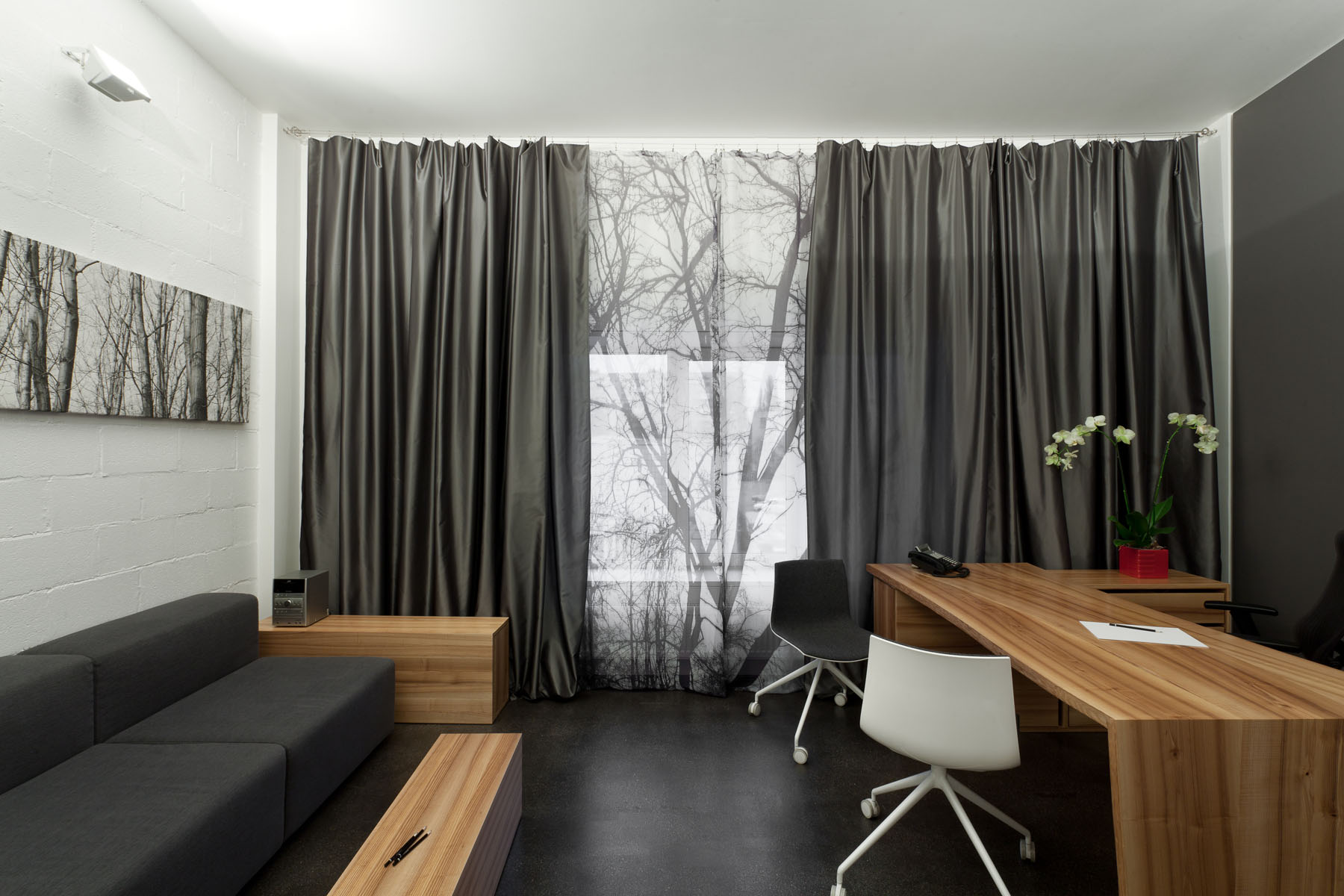 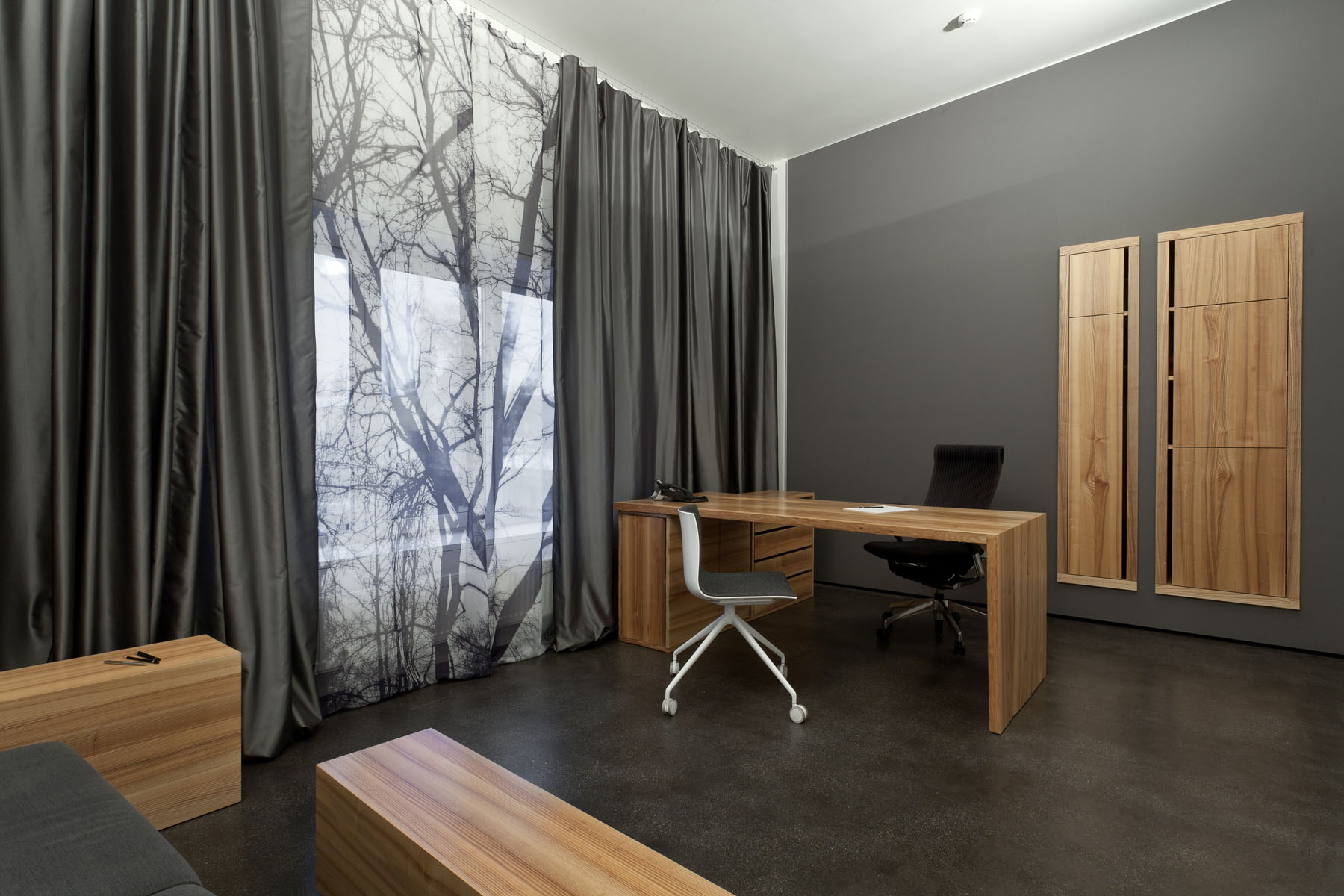 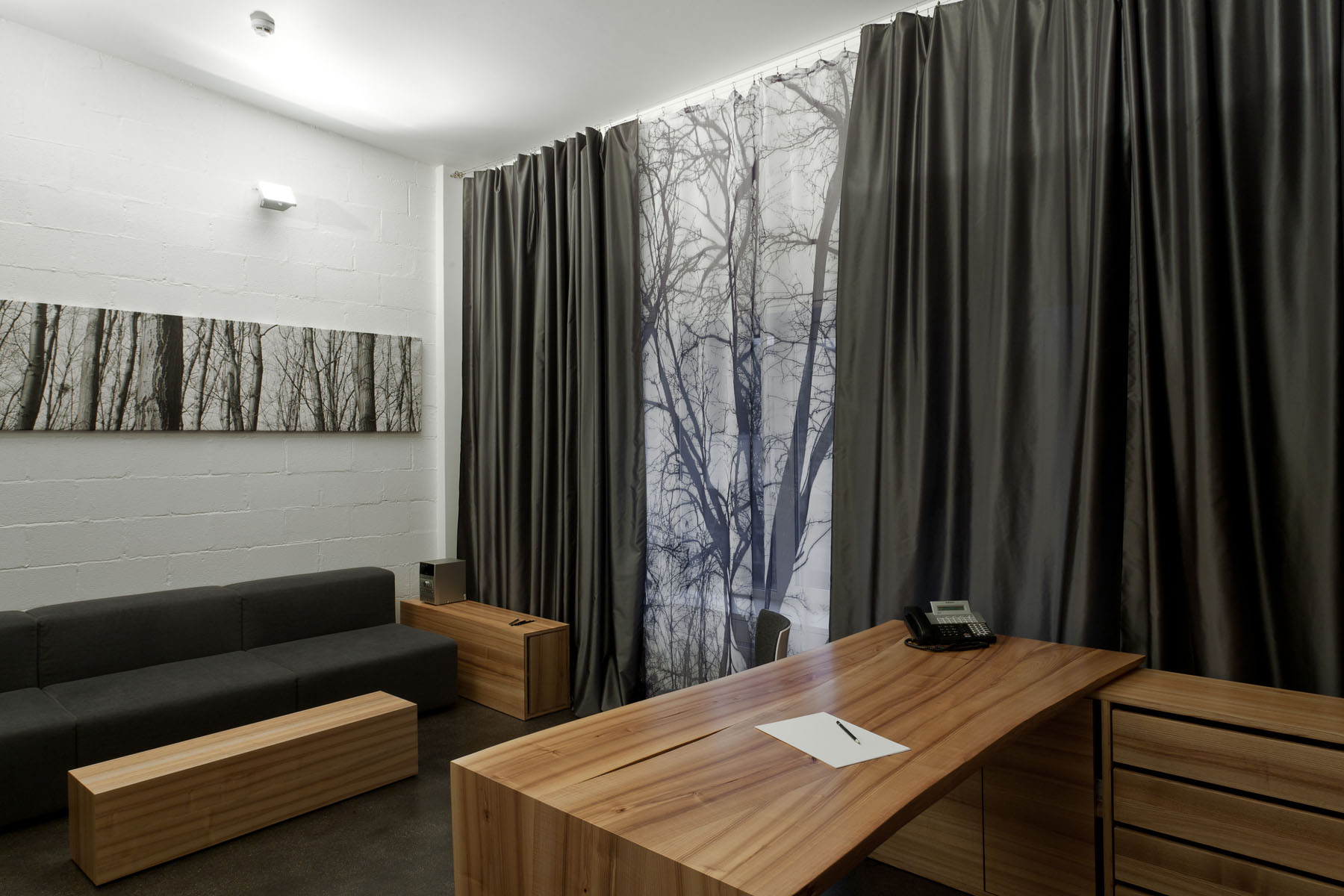 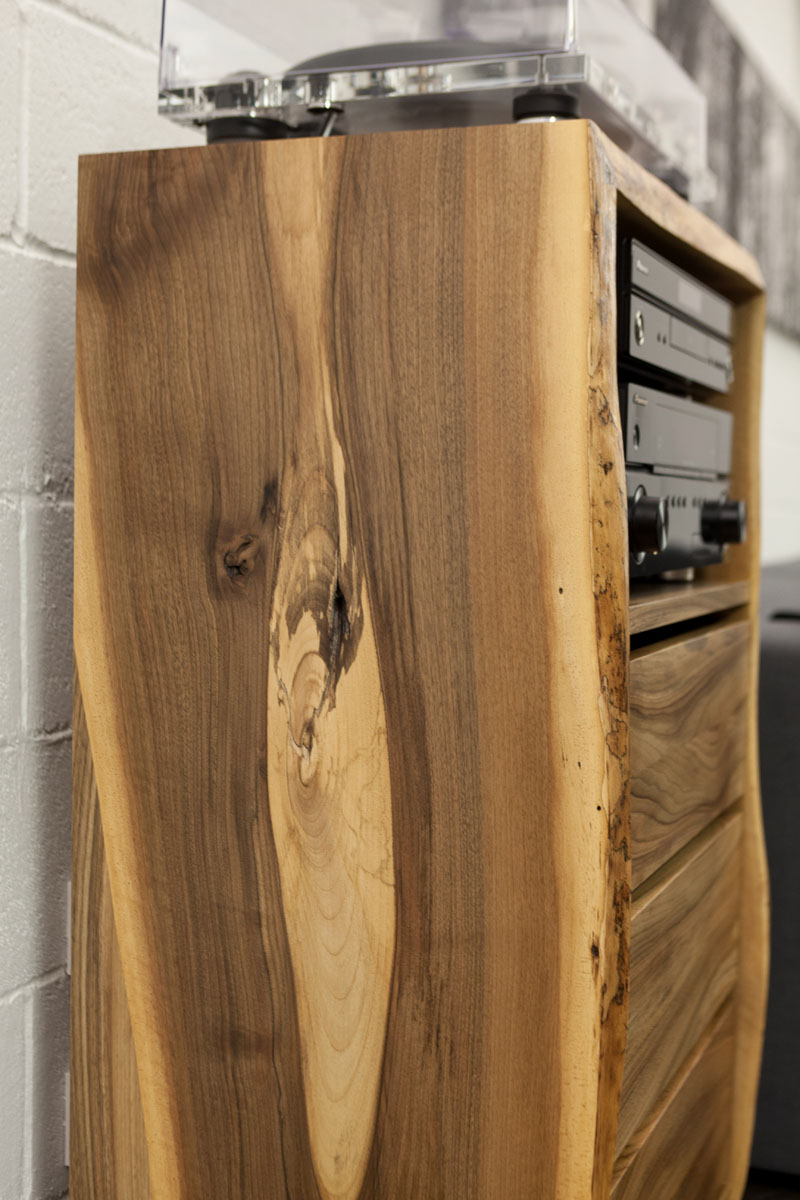 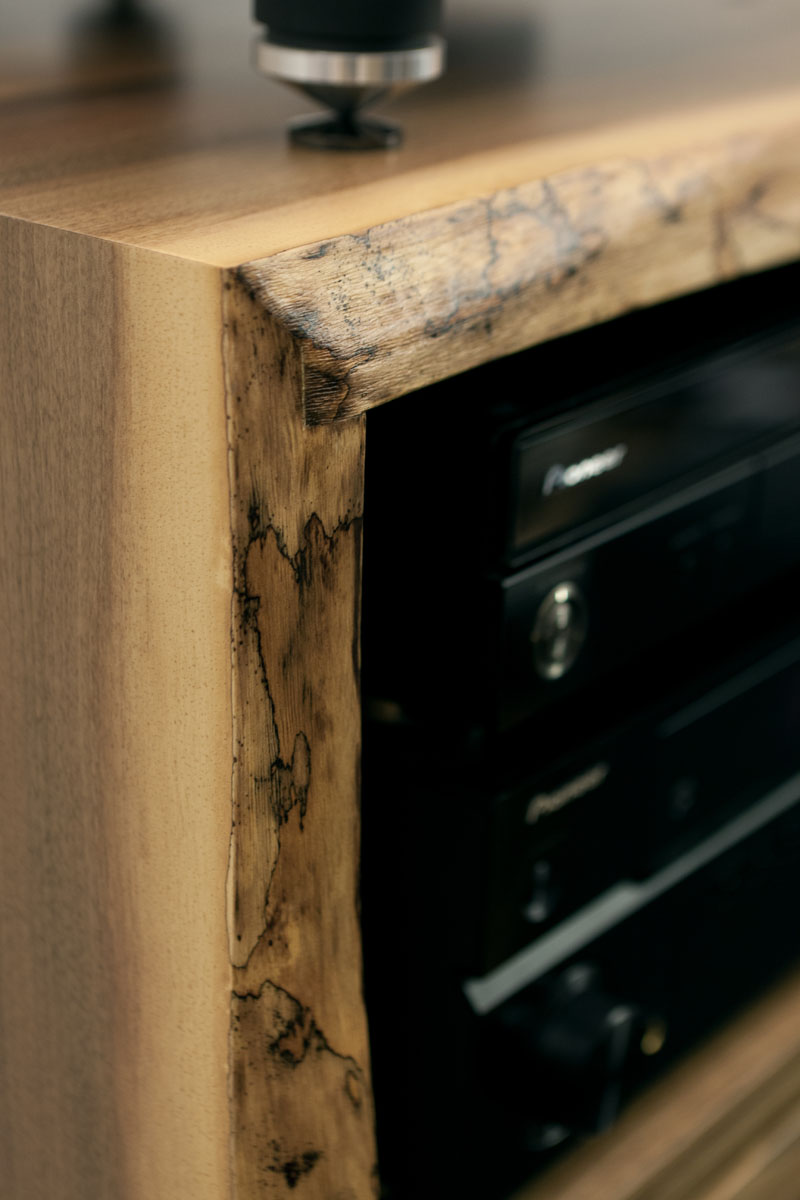 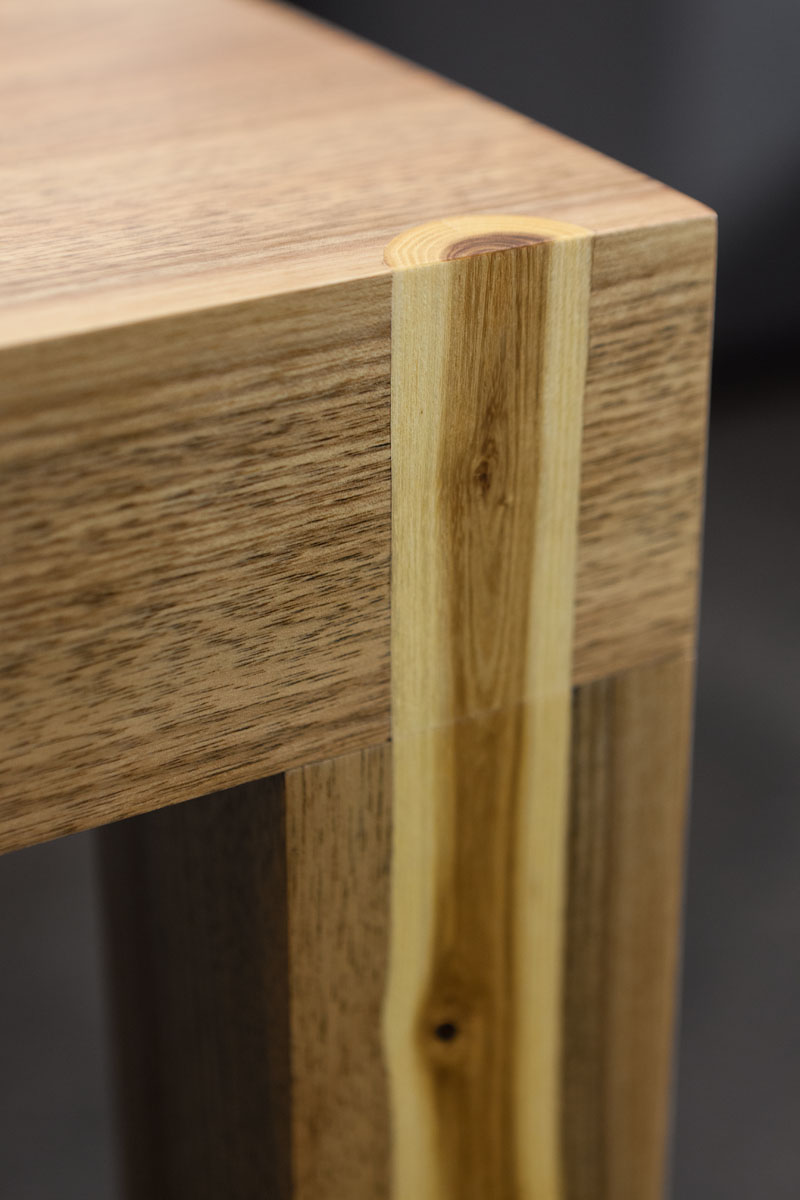 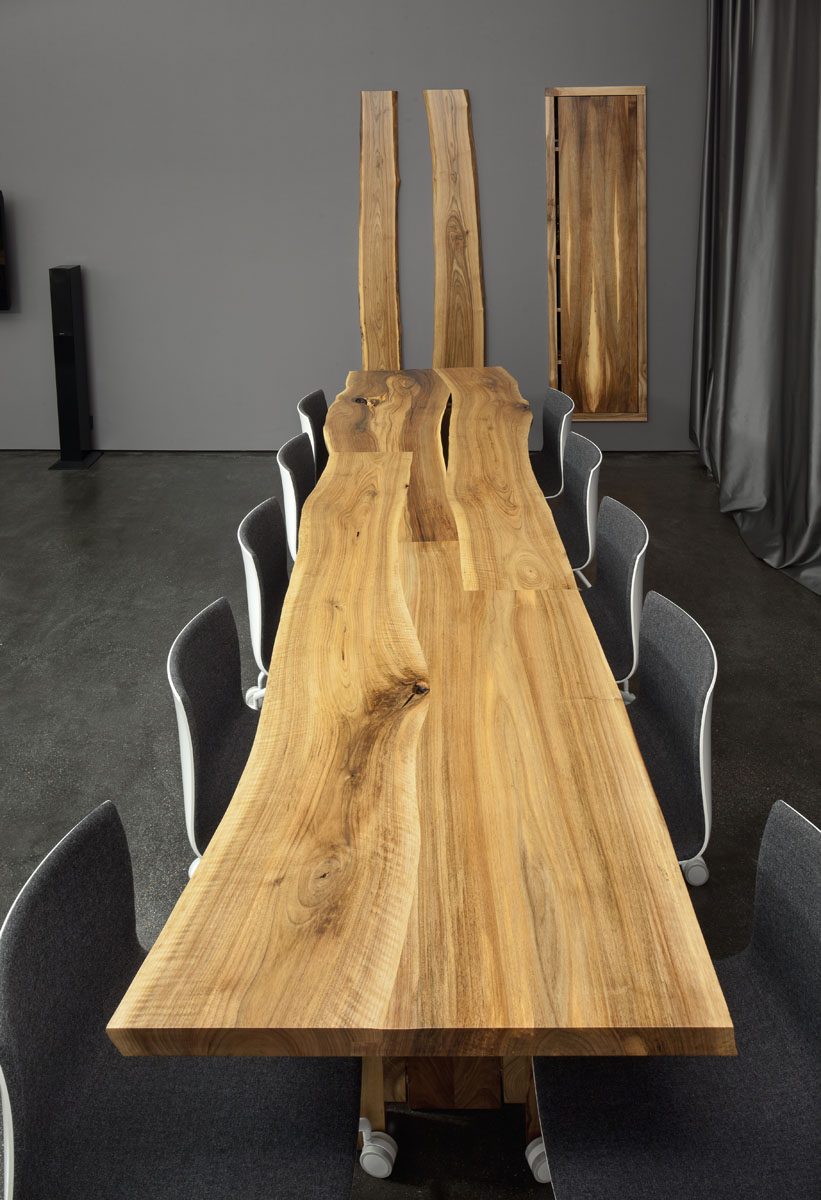 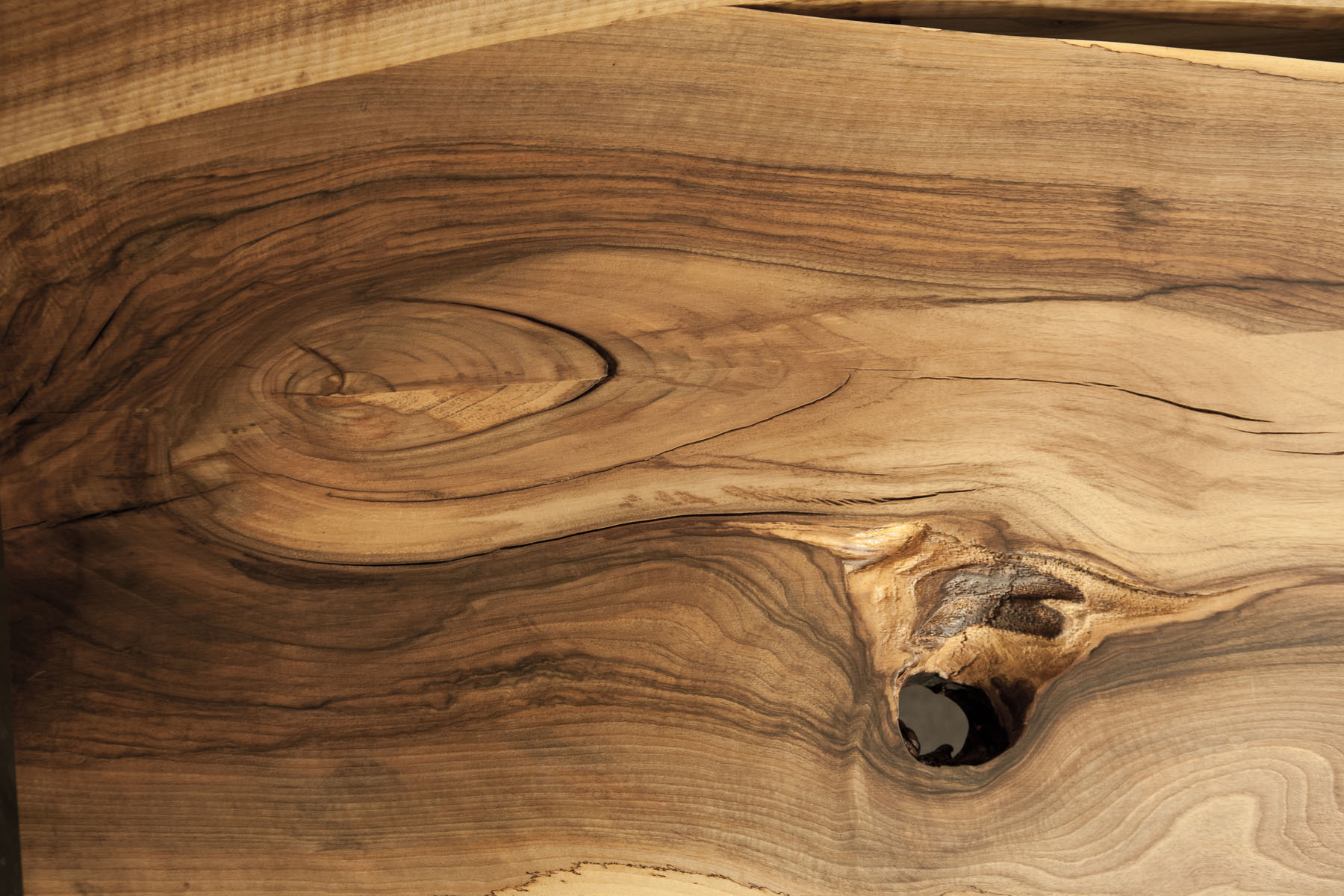 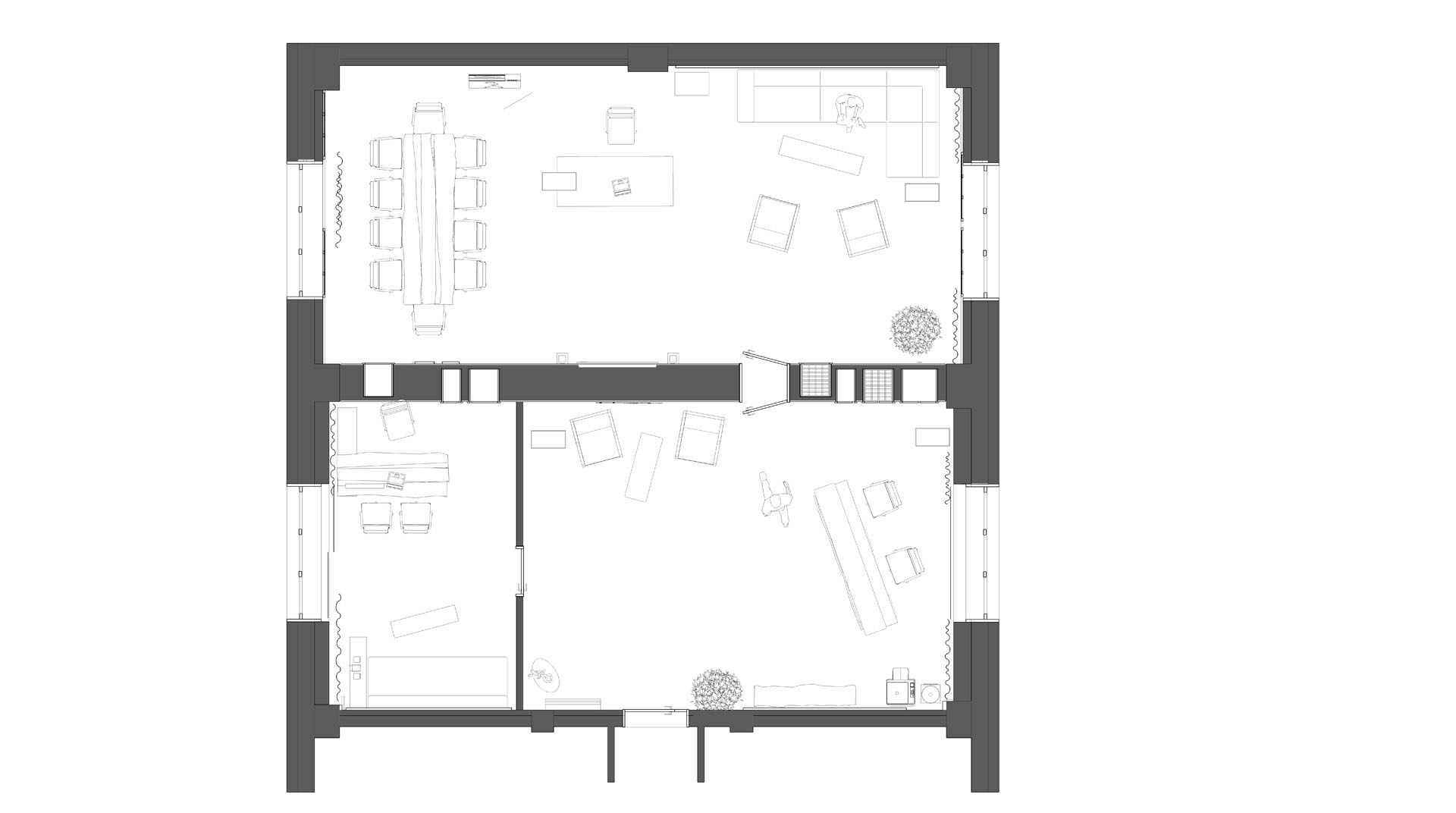 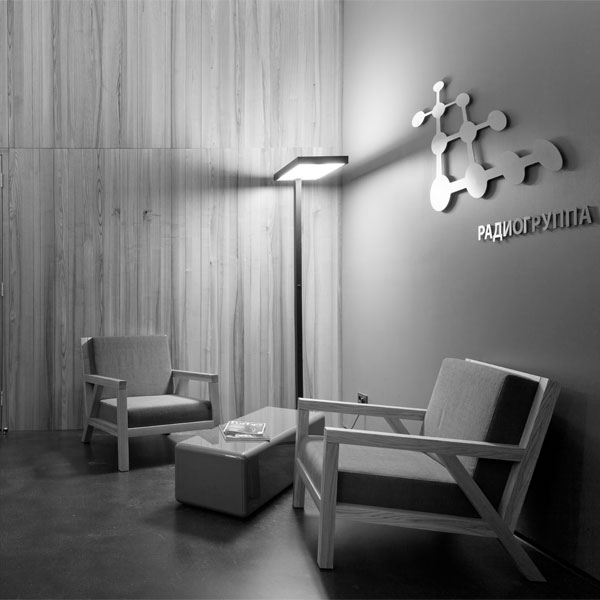 Interior Design for the «UMH» Radio Office-Loft in Kiev by Ryntovt Design.

While working at the interior of UMH Radio office in Kiev, Ukraine, Ryntovt Design had an aim to give a new breath of life to an old building, preserving its industrial aesthetics. A loft in the full meaning of this word is only possible in an industrial building, whereas an ideal loft can appear as a result of the correct blend of an industrial building with high design. Anyway, RYNTOVT DESIGN team did not think much about canons while creating an office in a former factory workshop.

One of the primary tasks was to suggest reasonable zoning for elongated spaces. A gray partition wall with a shadowed frieze along the whole perimeter seems to float in the air, ruling out the very idea of introducing here commonplace plinths and friezes (by the way, there are no plinths in the entire interior). This partition wall divides the space into two main zones: reception with the deputy director’s office, and the director-general’s office. Apart from this, no other radical changes have been made: everything was left untouched, including such elements of industrial aesthetics, as a complex ceiling with a pitch, a picturesque iron truss and foam concrete walls with a peculiar texture – with the only exception that the latter was painted white. The continuous-poured concrete floor is covered with a special topping. The lighting also has an industrial atmosphere – searchlights on the walls and modest standard lamps remind visitors of street lamp-posts. It looks very much like Ryntovt – to enter “quietly”, and to bring poetry as well.

The office came alive due to details and hand-made designer elements. Rough industrial surfaces are effectively contrasted by subtle inclusions of nature: achromatic patterns featuring tree-trunks printed on canvas covering the walls, and the same print on the curtains that “come alive” with a breath of air; generous use of wood – the ash-wood partition wall and, of course, designer furniture by RYNTOVT DESIGN. Interestingly, a lot of objects here were first used in this particular interior, such as stylish gray armchairs inspired by the Scandinavian design of the 1970s, coffee tables in the form of wooden bars (the one in the office has a polished surface, whereas the one in the reception has a sleek gray finish. A hanger made of a small stone with twigs represents a work of art in itself, whose simplicity embodies the concept, as well as the function.

The reception zone has a logical zoning: a sleek desk and a waiting lounge, - all the furniture here was also made by RYNTOVT DESIGN. Wooden panels next to the reception desk have an utterly practical function – these are the doors of the fitted cabinets. One of the niches is occupied by a coffee machine – again, pure poetry is combined with absolute functionality.

Vertical wooden panels in the office are not only beautiful, but also practical: they also conceal cabinets hidden in the “body” of the wall. Two of the panels have an ornamental function: they support the composition and follow the texture of the three-meter long meeting table made of solid nutwood. The office in the reception zone is a logical continuation of the entire interior: rough industrial elements (foam concrete walls and continuous-poured concrete floor) are effectively contrasted by designer details, sliding shatters and curtains.

Every object is unique, since everything here was made by hand in RYNTOVT DESIGN workshop. This all resulted in a unique space which represents an original interpretation of loft aesthetics.